The contractor of the Naivasha Inland Container Depot has handed over the project to the government following its completion.

China Communications Construction Company Limited handed over the project on May 7.

The present status of the project is “substantially complete and ready for operations,” the contractor says

The Chinese company will, however, remain liable for the project until May 6, 2021, under the defects notification period.

A defects period is the time when the contractor remains liable for dealing with any defects that become apparent following the completion of a project.

On Tuesday, Transport CS James Macharia confirmed that the dry port was operationalised on May 7.

“The Naivasha ICD was operationalised on May 7 when we received the first train from Mombasa. Uganda and Rwanda [are] now picking cargo from Naivasha,” Macharia who was in virtual Cabinet meeting said in a short text message.

Earlier, Kenya Railways MD Phillip Mainga had referred the Star to Kenya Ports Authority saying they were the ones to deploy personnel.

Rashid Salim, the acting KPA MD, did not pick our calls.

The facility on over 1,000 acres can load two million tonnes of cargo every year. 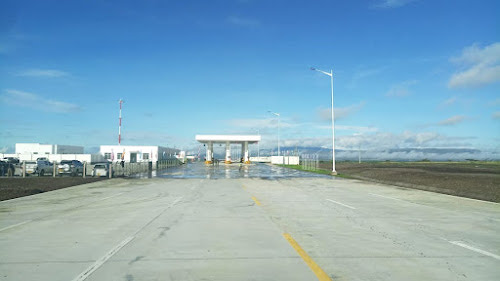 Experts have questioned the rationale for the dry port, with the extension of the SGR from Naivasha to Malaba uncertain.

Kenya spent Sh150 billion on Phase 2A of the SGR project but is yet to secure funding to extend the railway line to Kisumu, then to Malaba border.

In April, Uhuru went to China, hoping to secure $3.6 billion but the Asian giant declined, citing lack of feasibility. It asked Kenya to negotiate with Uganda.

The country, however, secured $400 million (Sh40 billion) to rehabilitate the 120-year-old railway line to Uganda.

Macharia said the move would boost the movement of goods in the region, which has been hard hit by partial lockdown due to the coronavirus pandemic.

The number of trucks operating across the borders has decreased.

The inaugural freight via the standard gauge railway arrived in Mombasa late last week and was received by Macharia accompanied by top officials from the Kenya Ports Authority and the Kenya Railways Corporation.

Most of the cargo is destined to Uganda, Rwanda, South Sudan, Ethiopia, Burundi and the Democratic Republic of Congo.

Kenya Railways MD Phillip Mainga said the corporation would have two initial daily trains hauling up to 108 twenty-foot equivalent units (TEUS) and a minimum of 70 TEUS.

Naivasha ICD can hold two million tonnes annually and is intended to reduce congestion at the Nairobi ICD and Mombasa port, cut the number of trucks on the roads and facilitate seamless trans-shipment of goods to neighbouring countries.

Uganda cargo commands more than 80 per cent of the regional transit traffic through the Mombasa port.

A number of Covid-19 cases in Uganda are of truck drivers who crossed the border from Kenya.

The Naivasha ICD houses all government agencies involved in the handling of cargo and revenue officers from the partner states of Uganda, Rwanda and Tanzania.

Companies I&SAR News Team - September 18, 2020 0
A surge in demand from the auto and white goods sectors and moderate activity in government infrastructure projects are driving the recovery of large...

Africa I&SAR News Team - September 18, 2020 0
Construction of the oil refinery in northern Cabinda province, Angola is set to start after the landmine-free certificate attesting to the safety of the...

Africa I&SAR News Team - September 18, 2020 0
Property worth millions of shillings was on Wednesday demolished at Nairobi Railways Club to pave the way for the construction of Nairobi Expressway. Armed policemen...

www.ironandsteelreview.com is a Pan African Digital News media, a content producer and an Events Organizer with a special focus on Steel and Construction industry in Africa. We bring you the Latest News and thought-provoking features from Kenya, Africa, and the world, Covering Business and Technology in the Steel and Construction Industry, linking producers to consumers. Contact: 0734 444 608
Contact us: news@ironandsteelreview.com
MORE STORIES